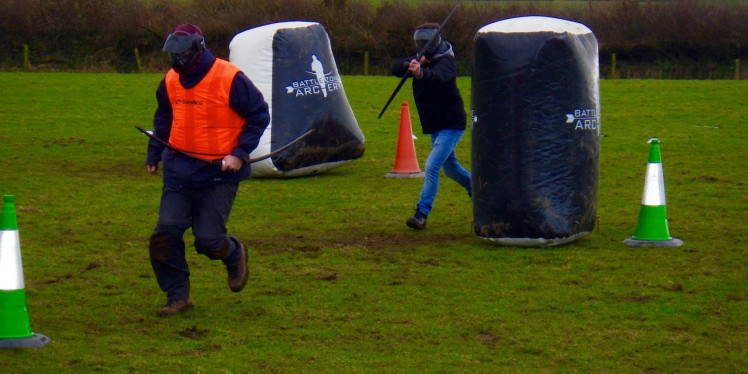 Two teams of equal players face off across a purpose built field layout. Each team has 6 specially designed bunkers made by Boost Air®, 6 target cones that are placed in front of each bunker, each holding a ball. There are several objectives to the game. The scoring is very simple! You will get 30 points for an eliminated player and 50 points for a targeted cone. Each game will last for up to 10minutes, where the scores are added and teams swap ends.

There are two umpires each responsible for a half zone of the field. The two teams are separated by a neutral zone. If a player catches an arrow, they can bring one of their eliminated players back in to the game. The game ends when either, all team members are eliminated, all 6 cones have been hit or time runs out.

1 Hour Session.
£150.00 for 6 people
Purchase
Valid for 6 months
Terms and conditions
To book your experience, please email: [email protected]___ or telephone 07446078190___. Your gift voucher is valid for 6 months from the date of purchase. Advance booking is required. Please quote the gift voucher number at the time of booking. All bookings are subject to availability and change. Gift vouchers are non-transferable, non-refundable and cannot be exchanged for cash. No change or certificate for unused differences can be issued. The actual gift voucher must be presented for validation on arrival. Any reservation made using your gift voucher will be subject to our normal booking policy. Gift vouchers will be automatically redeemed in the case of a no show.

Your vouchers will be delivered by email 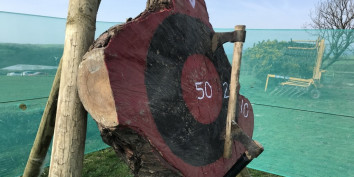 This new craze is a great way to put you throwing skill to the test. With a points system to bring your competitive side out or just for fun! 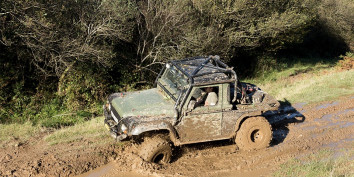 Our 4×4 drive goes out for around 30-45 mins all over our 200 acres of challenging terrain in our Land Rover Discovery's.

No prices found for this product.